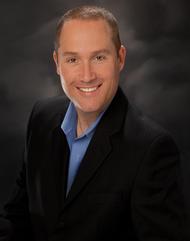 Bruce Serbin is an award-winning media publicist serving clients in a variety of fields, from financial services and the travel industry to book authors, business consultants, professional speakers and everything in between. Bruce has secured media coverage for his clients in top media around the world including: NBC’s Today, Good Morning America, CNBC, FOX News, CNN, the Associated Press, the BBC, Reuters, The New York Times, USA Today, The Wall Street Journal, Forbes magazine and many more.

His work has been recognized by the League of American Communications Professionals, Public Relations Society of America and the Associated Press. Bruce is best known as the publicist behind the Die Fat or Get Tough book media campaign, which received international media coverage on three continents and exposure to more than 100 million people in a six month period, including segments on NBC’s Today, Good Morning America and CNN.

A former television news assignment editor and producer, Bruce began his career writing anchor scripts for the evening news and planning story coverage. He utilizes this media experience to better serve the needs of his publicity clientele. He’s known for his ability to capitalize on breaking news and match industry experts with reporters covering these events. In addition to his role as a media publicist, Bruce is also a media trainer and PR consultant working with companies to improve their media and PR programs.