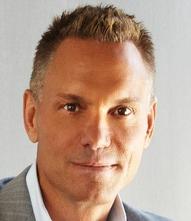 Kevin Harrington is probably best known for being one of the original "Sharks" on the hit television series Shark Tank produced by Mark Burnett. The show gives budding entrepreneurs the chance to pitch their products to a panel of acclaimed judges in hopes of turning their ideas into a successful business reality.

Kevin Harrington, chairman and founder of TVGoods, Inc., is widely acknowledged as a pioneer and principal architect of the infomercial industry. In 1984, Kevin produced one of the industry's first 30 minute infomercials. Since then, he has been involved with over 500 product launches that resulted in sales of over $4 billion worldwide with 20 products that reached individual sales of over $100 million.

Kevin founded Quantum International, Ltd. in the mid 1980s, which merged into National Media Corporation in 1991. Under his leadership as President, National Media reached $500 million in annual sales, distributing in over 100 countries and 20 languages. This company’s success has been chronicled in a case study at Harvard/MIT for over a decade.

Kevin was also CEO of several other entrepreneurial companies including HSN Direct, a joint venture with Home Shopping Network, in 1994 and Reliant International Media in 1997. Reliant International Media was sold in 2007. Throughout his career, Kevin helped to establish two of the most important and recognized global networking associations: the Entrepreneur's Organization, or EO (formally known as the Young Entrepreneurs’ Organization) and the Electronic Retailing Association, or ERA. Today, the EO has 113 chapters in 38 countries and more than 924,000 members. The ERA represents the $125 billion electronic retailing industry and is comprised of over 450 member companies and subsidiaries that use the power of electronic retailing to sell directly to consumers via television, radio, Internet and wireless media in over 100 countries worldwide.

He recently released a book entitled "Act Now: How I Turn Ideas into Million-Dollar Products" that chronicles his life and experiences in the DRTV industry.