Michael Altshuler started young. At age 22 he began what would become a multi-million dollar copier business that he later sold to the multi-billion dollar giant IKON Office Solutions. Having been responsible for over $65M in personal and managed sales, Michael was one of only a select few to make it to the top of the highly competitive copier industry, placing him in the top 3% in the country. Michael quickly became recognized as a sales and peak performance leader.

After selling his company in 1997 Michael moved to Florida and became a motivational speaker and sales consultant. He also started 3 additional businesses over the next 10 years. Some successful, some not, but all were valuable experiences that made him a better person and businessperson. At heart, Michael is a trailblazer and serial entrepreneur, not by choice, it’s just in his DNA. He clearly sees unfulfilled needs in the marketplace and is driven with a burning desire to create solutions that make sense, are transformational and that improve lives.

Michael has been featured in Harvey Mackay’s best-selling book, “We Got Fired and it’s the Best Thing That Ever Happened to Us” along side such notables as: Donald Trump, Larry King and Michael Bloomberg, to name a few. He has also been the recipient of numerous awards including the NJ State Governor's Cup for Entrepreneurial Excellence, the Atlantic City Entrepreneur of the Year Award and the Salvation Army's Community Builder's Award, as well as many others.

Michael loves challenges and loves to compete. So, when the opportunity presented itself to vie for a spot on the nationally televised show American Gladiators he jumped on it. Despite the odds being seriously stacked against him (only 22 men were being selected from 10,000 nationwide) he did what it took and made it. A big part of his strategy was to raise awareness of the homeless where he donated all his prize winnings.

Michael is someone who is deeply committed to making a difference and giving back. When in New Jersey he established the area's largest, privately funded, Toys-for-Tots program benefiting hundreds of homeless families for over a decade. He has also been actively involved with Junior Achievement, The Business Education Cooperative--bridging the gap between business & education, and countless other kid's programs and charities.

Michael created the Believe & Achieve Tour to be more than a game changer, he created it to be a life changer for tens of thousands of at-risk kids around the country. The Believe & Achieve Tour is fueled by Michael's unshakable faith and an unwavering commitment to make a difference in the lives of these precious kid's. Michael is defined by the five values that guide his life, and they are: 1) to serve God to the best of his ability, 2) to be the best partner to his incredible wife Emi, 3) to be the best dad to his awesome son Kyle, 4) to enrich all people's lives (especially children) with the gifts that he has been blessed with, and 5) to be in the best shape mentally, physically, and spiritually to serve his other four values. 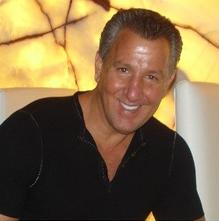