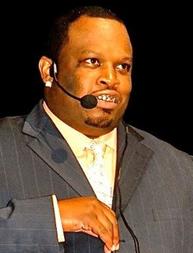 Raised by his grandmother, with very humble upbringings, Otis was destined to be just another statistic. At times growing up, Otis and his family had nothing to eat, yet his grandmother instilled wholesome values into him. As a source of survival at age 12, Otis started snatching purses and committing petty crimes. This continued until age 16, when he was arrested for purse snatching and taken to jail. facing a 20 year prison sentence.

As good fortune would have it he ended up with a probation sentence. Not convinced that he could not out smart the system, Otis, continued to live the life of a criminal and formed a gang called the North Durham Vice. Along with gangs, alcohol and drugs became a part of his life. By street standards, Otis was leading one of the most dangerous gangs in the city of Durham. By age 19, nearly all police officers in Durham knew him by name, and he had numerous felony charges, from drug selling to attempted murder. On trial for a shooting at a night club, the verdict came back guilty and before the judge sentenced him he stated; “I see that you have a lot of followers and because of that fact, I am going to make an example out of you.”  That moment the judge sentenced him to 30 years in prison. While serving a 30 year sentence, he went on a mission to get his time reduced. He knew prison wasn’t where he was supposed to end up. Having received assistance from an appellant defender, he pleaded his case to the U.S Supreme Court and was able to get his sentence reduced to 10 years and ended up serving only 5 years.

Released from prison at age 25, he vowed that he would never go back to prison. Since his release, Otis completely turned his life around. He has owned and managed a number of businesses and has committed his life to reaching back to help others find the right path, so that they will never have to have the experiences he had as a youth.

Today, Otis aka “Vegas Don” is the founder and executive director of campaign 4 change, a nonprofit organization dedicated to enhancing the quality of life for all citizens and improving the image of countless communities through extension community service.  In an effort to educate, empower, and change the negative mindsets of today’s youth. Otis has created Campaign 4 Change to be a powerful, moving force that is focused on reviving the morals, goals, and dreams to help to restore hope back into the community.