Steve Siebold, CSP, was a prodigy--on the National Junior Tennis Tour from 1971-1982, capturing 57 singles and doubles titles. He went on to play NCAA Division 1 Tennis, and was drafted by Yugoslavia to compete on the European Club Tennis Tour. He played professionally for two years and was ranked among the top 500 players in the world. Known as a fierce but fair competitor, he eventually realized that Mental Toughness was what separated the good from the great, and set out to discover the secrets of champions.

In 1987, Mr. Siebold became a nationally recognized coach of top junior tennis players specializing in Mental Toughness Training. His players went on to receive scholarships at schools such as Duke, Florida State, and William and Mary. Three of his players qualified for the professional tour.

As an entrepreneur, Steve Siebold and partners have developed two companies from the ground up that have produced millions of dollars in business around the world. In 1996, Mr. Siebold partnered with Bill Gove, who was known as the father of professional speaking. Together they formed the Gove-Siebold Group, Inc. From 1996 until December of 2001, the partners spoke to approximately 30,000 people across the world. Gove-Siebold Group's video and audio programs have been sold in 30 countries around the world. Mr. Gove passed away on December 9, 2001.

Steve Siebold conducts over 600 teleconferencing seminars per year, and approximately 60 live speeches/seminars. Mr. Siebold is a professional member of the National Speakers Association, and received their prestigious CSP designation in January 2005. Only 7% of speakers nationwide have been awarded the CSP. This award represents both platform excellence and business success.

Steve Siebold is the author of 177 Mental Toughness Secrets of the World Class. His articles appear regularly in various publications throughout the U.S. His column appears monthly in Networking Times, an international industry trade magazine. 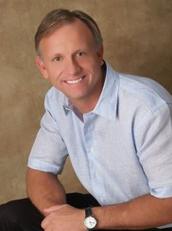